Welcome back, Glee fans! After a long, long hiatus, McKinley High and NYADA are back in session. With the prom looming, Tina motions to hold the first annual Sadie Hawkins dance so the boys can find out how it feels to sit around the telephone and wait for someone to call. This, predictably, causes extreme anxiety and a high-stakes singing challenge. Over in the Big Apple, Kurt is thinking about joining the Adam's Apples — that is, the choir club at school. 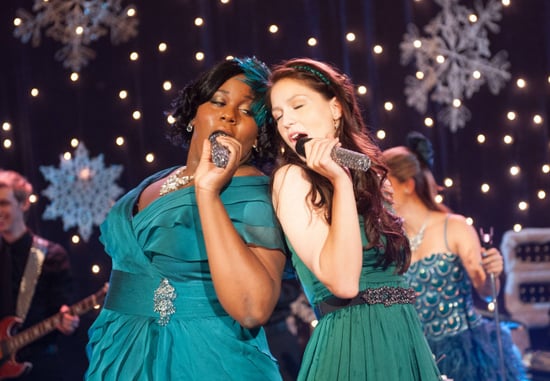 This episode has a little less Finn than I would have liked, but we get plenty of Sam, his luscious lips, and his crazy conspiracy theories — one of which looks like it might be the glee club's ticket back into Sectionals. We even get a particularly creative version of Sir Mix-a-Lot's "Baby Got Back." Get a playlist of music from the episode and read over the highlights from "Sadie Hawkins" when you read more.

Were you as taken with Ryder's rendition of "I Only Have Eyes For You" as I was? Did you kind of want to sit in for a meeting of the Too Young to Be Bitter Club? What's your take on this week's episode?