If you needed a holiday pick-me-up this year, then I sincerely hope you caught this week's episode of Glee. In the words of Mr. Schuester, New Directions goes "full Santa" for the festivities, and it's enough to even melt Sue's heart. The episode also serves as the mid-season finale (say bye-bye until the Super Bowl), but there are plenty of songs packed in to hold you over for the next two months. 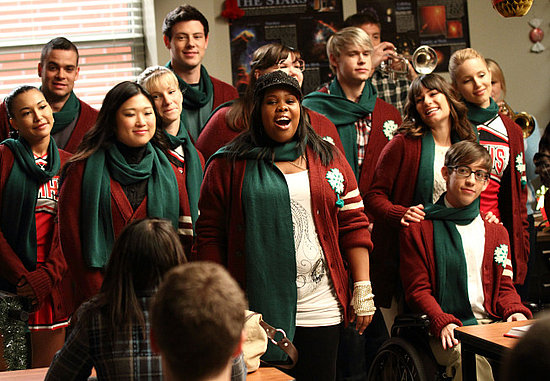 Unlike last year's jaw-dropping sectionals cliffhanger (remember that Will and Emma kiss?), this year's Winter finale has a lot less action but is filled to the brim with the sweet, sentimental moments that Glee is known for — and many a 'tis the season lecture from pretty much everyone. Let's review when you read more.

So, did this week's Glee melt your heart like it did mine? Is it enough to hold you over until the end of January? Tell me what you thought of the episode and your favorite songs, or head to the Glee Club to get your own conversations started!