For once in our lives, it's a Glee episode completely devoted to the music of Stevie Wonder. Of course, between seamless renditions of "I Wish" and "Superstition," the kids of glee club (and the young adults former known as glee club members) are making some major moves. While Rachel is forging a new relationship with Cassandra in Manhattan, Kurt, Mercedes, and Mike hit up McKinley High and school the new class on vocals and dance moves — just in time for Regionals. The new class actually takes a backseat this week, except for Kitty, who is nosing her way into Artie's business. 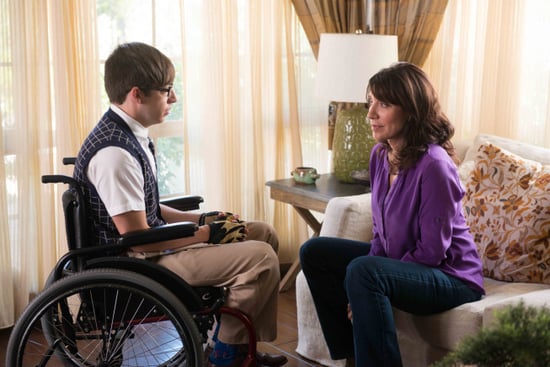 This week we also get a reminder that these guys actually have parents when Kurt's dad, Burt, returns and Katey Sagal guest stars as Artie's mom. Get my highlights and a complete Spotify playlist with the songs from the "Wonder'ful" episode when you read more.

What's your take on this week's episode? Who do you want to see a tribute episode for next?

Summer
In a TV Rut? These 34 New Shows Are Premiering All Throughout Summer 2021
by Amanda Prahl 11 hours ago

Grey's Anatomy
Grey's Anatomy Is Coming Back For Season 18, and So Are Meredith, Bailey, and Webber
by Grayson Gilcrease 14 hours ago