Glee is back from Winter hiatus and makes a big splash this week with a genuinely awesome episode. It's super cheesy and full of multiple dance numbers and guest stars, which is essentially the recipe for Glee success, and I'll admit it gave me goose bumps more than once. 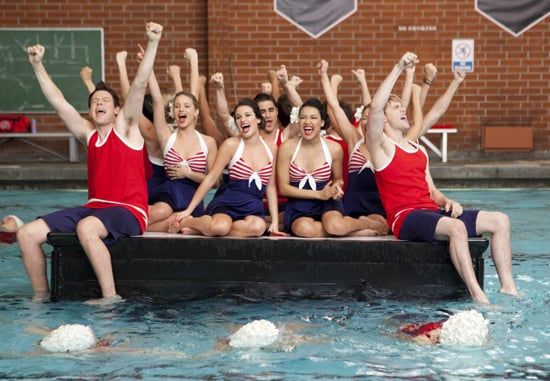 Nearly everyone's emotions and relationships are challenged in this episode: Mercedes is torn between two guys, Will contemplates taking the next step with Emma, and Finn's got big ideas for his future with Rachel. I can't believe how much happened! To get all the details on "Yes/No," just keep reading.

Were you as excited for Will and Emma as I was? What do you think Rachel's response to Finn will be? And most importantly, what was your favorite musical number of the night?