We say goodbye to McKinley High's graduating class of 2012 on this week's season finale of Glee, and while we'll be seeing a lot of these characters next year, for some, it was their swan song (pardon the pun). Everyone is feeling nostalgic, not the least of whom is Mr. Schue, who gives the kids an assignment of picking a goodbye song. The episode is mostly devoted to the characters giving each other touching send-offs, which made me feel sentimental too. 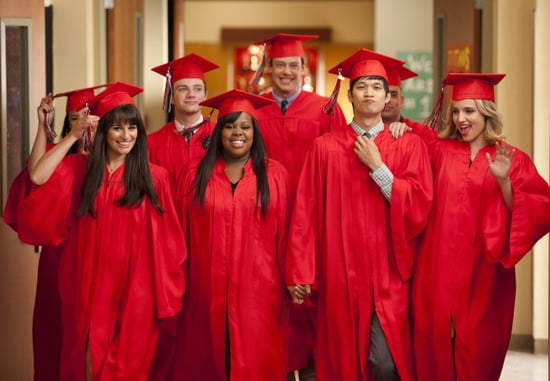 There's a pretty big development at the end of the episode that I was expecting, but it surprised me by how bittersweet it actually is. Ready to break down the highlights of the Glee season finale? Just keep reading.

What did you think of the season finale? Were you surprised to find out anyone's post-graduation plans?