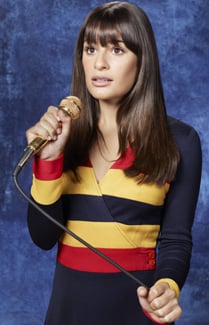 Fox president Kevin Reilly stopped by the TCA today to talk about the network's Fall lineup, and he had some tidbits about the next season of Glee. Reilly confirmed that the season will go back and forth between Ohio, where McKinley High is, and New York City, where Rachel went after graduation to tackle her career. Reilly believes that the episodes "will work very seamlessly back and forth," citing their "thematic linkage." A couple of new cast members were also added to the show: Jacob Artist, who will play Puck's younger brother Jake, and Dean Geyer, who plays Brody Weston, "a handsome upperclassman who shows an interest" in Rachel at NYADA.