Looks like audiences decided to pass on the Farrelly Brothers' Hall Pass at the box office. The film only took in $13.4 million this weekend, making way for Gnomeo & Juliet to steal the No. 1 spot. The animated family film has been in theaters for three weeks, but it brought in $14.2 million for first place; Hall Pass followed behind in second. 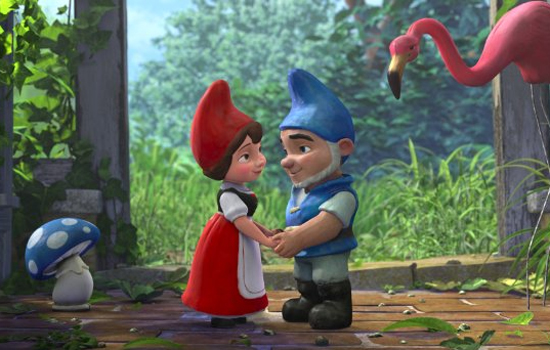 Last week's champ Unknown slipped to third with $12.4 million, while Just Go With It trailed behind with $11.1. That was just enough to squeak by I Am Number Four, which rounded out the top five with $11 million. The weekend's other newcomer, Drive Angry 3D, made a measly $5.1 million for the ninth spot. Perhaps audiences just aren't into Nicolas Cage.

MoviesEntertainment NewsBox Office
Around The Web

Halloween
Convinced You're a Connoisseur of Classic Horror? Put Your Villain Knowledge to the Test
by Hedy Phillips 7 hours ago