Matthew Perry is returning to NBC this fall with a new comedy called Go On. The series focuses on Perry as Ryan King, a sports-radio host who's coping with the very recent death of his wife. When his boss insists that Ryan attend grief counseling, he unexpectedly finds solace with a motley crue of characters who range from relatable to downright strange, but they have one thing in common: loss. The pilot is both funny and sweet, and the delicate balance between comedy and drama is part of what attracted Perry to the show. He talked about that dichotomy, Friends, and more at the show's TCA panel this week. Here are highlights: 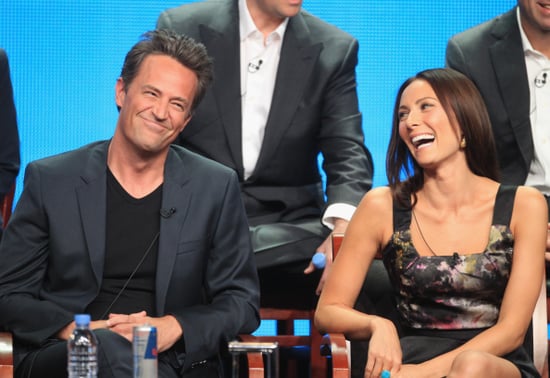 To see photos from the panel, just read more.

PBS
It's a Sad Day in Elwood City: Arthur Is Coming to an End After More Than 2 Decades
by Kelsey Garcia 11 hours ago