In case you've been wondering what Bryan Cranston has been doing since Breaking Bad wrapped, the answer is fighting a giant, scaly monster with Aaron Taylor-Johnson. The first teaser trailer for Godzilla is here, and it features some really intense sequences, beginning with a heavily breathing fighter pilot dropping out of the sky to battle the monster. There are shots of Cranston, Taylor-Johnson, and Elizabeth Olsen, but the real money shot is of Godzilla. Yep, we finally get to see the guy. 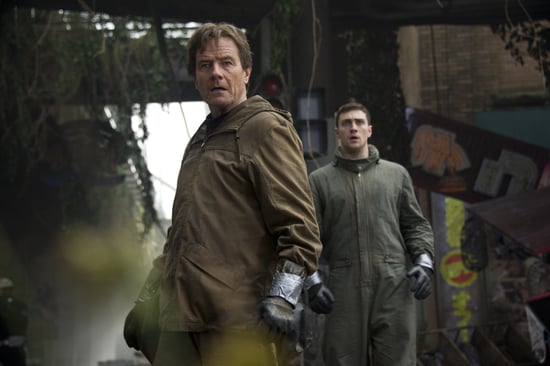 There have been several iterations of this mythic monster story over the years (you might even have seen Roland Emmerich's 1998 version), but this looks pretty fantastic. I also tend to believe in most anything Cranston attaches his name to, so I'm there. The movie is set for a May 2014 release, and you can watch the trailer when you read on.

Movie Trailers
The Prom's Star-Studded Teaser Is So Fun and Extra, It Feels Like a Promposal
by Grayson Gilcrease 4 days ago

Awkwafina
See the New Teaser For Disney's First Movie of 2021, Raya and the Last Dragon
by Alessia Santoro 3 days ago

Harry Shum Jr.
Harry Shum Jr. and Jessica Rothe's New Film, All My Life, Is Based on an Emotional True Story
by Kelsie Gibson 3 days ago