An animated Jeff Garlin headed up The Goldbergs' TCA panel this week, talking — and yelling — about the merits of the '80s-set show. He was joined by the cast, including George Segal (Just Shoot Me) and Wendi McLendon-Covey (Bridesmaids), along with producer Adam Goldberg, whose childhood inspired the show. The cast and producers talked about the '80s and how closely the sitcom's story is to Goldberg's real life, and Garlin commented briefly about the possibility of another Curb Your Enthusiasm season. 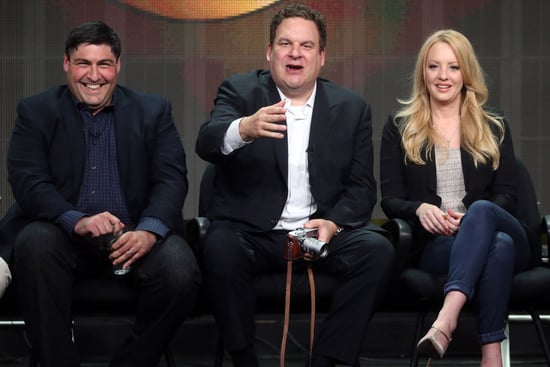 Netflix
The Queen's Gambit Is Based on a Fictional Book, but It Does Have Roots in Reality
by Stacey Nguyen 5 hours ago

Black-ish
Oh, Just 16 of Black-ish's Greatest Guest Stars Over the Years
by Annie Blay 20 hours ago