It's hard for me to even write this recap because I'm so mad at Grey's Anatomy right now. The death of a major character in the season finale has been teased for weeks, but it's not left until the episode's final moments. In fact, it happens in the first 20 minutes, and once it does, it's hard to focus on anything else. 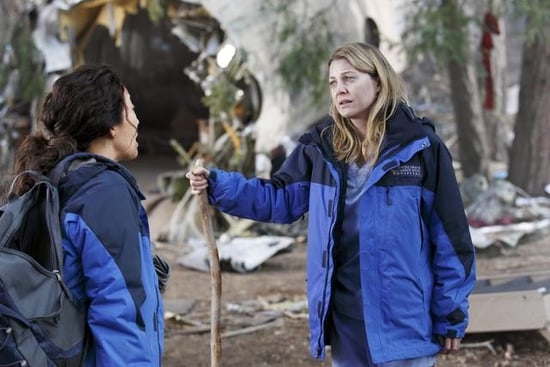 I'll save my spoilers for below the break, but this is definitely one of the most affecting and frustrating episodes Grey's Anatomy has ever seen, and considering there's been a ferry crash, bomb scares, and a Seattle Grace shooter, that's saying a lot. As Cristina astutely observes, "I don't understand how this keeps happening." There's a lot to go over, like the plane crash, the fate of the residents, and what we'll be wondering about all Summer long, so let's get the depressing party started when you read more.

This season finale definitely ranks high on the scale of shocking finales. Are you as bummed as I am about Lexie's death? Which characters do you think will still be around next season?

Netflix
The Pogues Might Be Going to the Bahamas, but Outer Banks Season 2 Wasn't Filmed There
by Grayson Gilcrease 6 hours ago