Last year we had the Grey's Anatomy musical episode, and this season it's the alternate-reality episode. That's right: as Meredith ponders on the veracity of the phrase "meant to be," we get to see what could have been — or in this case, what was always destined to be. Though this is a filler episode if I ever saw one, it's still pretty fun to see the characters go down different paths (well, except for Jackson, who pretty much stays the same). 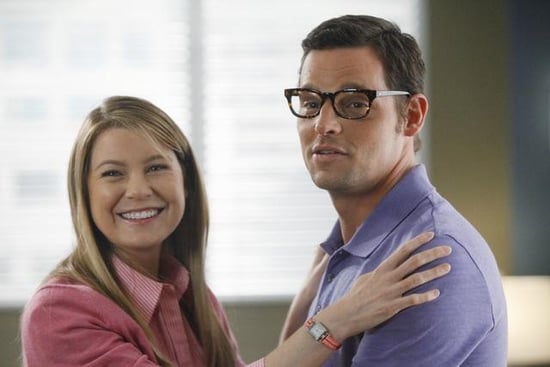 What we're treated to is a preppy-pink Meredith, a geeky Karev, and an even edgier Yang just to name a few. There are also plenty of shout-outs to characters from past seasons, like Izzie, George, and Burke. Ready to break down all of the differences? Just read more.

Did you have fun with this week's episode or did you miss the regular Grey's world? Which character's new life surprised you the most? Weigh in!

Celebrity Instagrams
Dear White People May Be Ending, but We'll Always Have These Moments to Remember the Cast By
by Monica Sisavat 6 hours ago

TV
Finally, a Mainstream TV Series That Revolves Around the Beauty of Black Hair
by Natasha Marsh 7 hours ago

Jojo Siwa
With 1 Performance, JoJo Siwa Just Made History on Dancing With the Stars
by Kelsie Gibson 10 hours ago