Grey's Anatomy is officially on Winter break, but boy are we left with plenty to talk about for the next few weeks. Though Christmas is in the air, there are more arguments than warm fuzzies, but I guess that's to be expected with the ongoing somber tone of season seven. 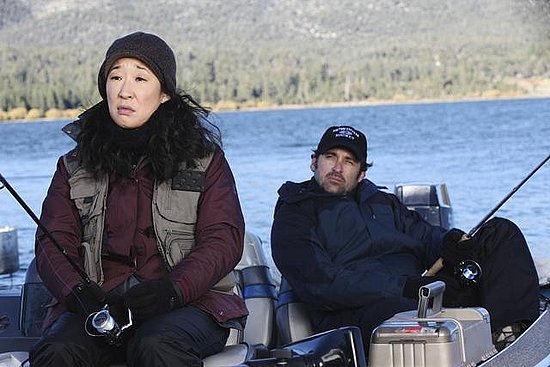 It's not all harsh words though; before the episode is over, one beloved couple takes a big step forward, another takes a step back, and there's one jaw-dropping surprise that should bring some serious changes come January. Let's break it all down after the jump.

What are your thoughts on the mid-season finale? Is Callie being too stubborn? Are you glad Lexie and Mark are back on? Sound off and weigh in at the Grey's Anatomy McAddicts group!