It's Valentine's Day in Seattle, which means the doctors are scrambling to get their romantic plans together on this week's episode of Grey's Anatomy. Callie plans a special surprise for skeptical Arizona, while Mark tries to get out of babysitting duty so he can take Julia out on a date. Derek and Meredith, on the other hand, just need to find somewhere to go for a little, uh, "alone time." 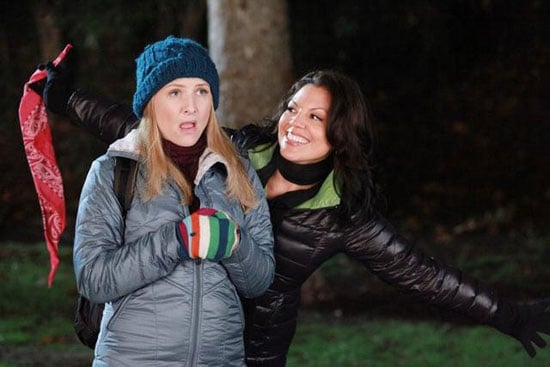 On the other end of the spectrum, Lexie is having a "woe is me" moment as she pines for Mark, and Jackson and Karev are also left dateless. No one's in hotter water than Owen is, though: he and Cristina contemplate some big questions about the future of their relationship, and Teddy has some choice words for him when Owen tries to rekindle their friendship. Ready to break it all down? Just read more.

Did you fall in love with this loved-up episode? Do you think it's only a matter of time before Mark breaks up with his new lady for Lexie? Let's discuss in the comments!

HBO
Obsessed With The White Lotus? You'll Love These Photos of the Cast Hanging Out
by Perri Konecky 21 minutes ago

Madison Bailey
Listen Up, Pogues: JJ and Kiara Are the Real Outer Banks Endgame Couple
by Alyssa Grabinski 26 minutes ago

Beauty News
Who Are the Artists on Netflix's Tattoo Redo? You're Probably Already Familiar With a Few
by Danielle Jackson 23 hours ago