Grey's Anatomy takes a break this week to give you a very special program called Seattle Medical: Road to Recovery. That's right, the show goes documentary-style to give us a new take on how the doctors are doing after the shooting. 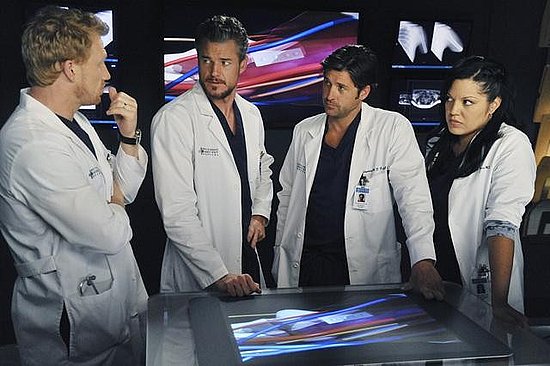 As expected, the episode has a bit of a different feel. Don't get me wrong: it's still high on drama, only this time a lot of it takes place behind closed doors. Plus, we see how the surgeons put on a show for the cameras (or don't), and get a new angle on their patients, including the return of Mandy Moore. The episode manages to really pull on the heartstrings by the end, so to start the discussion just read more.

What are your thoughts on the episode? Did you like the one-week makeover? Let's dish, and be sure to check out the Grey's Anatomy Junkies group as well!

The Voice
This Voice Contestant Made an *NSYNC Hit 100 Times Edgier, and I'm in Awe
by Kelsie Gibson 14 minutes ago