Is anyone else still having a hard time believing that Meredith is the voice of reason on Grey's Anatomy these days? While Cristina is making very uncharacteristic decisions and Lexie is being a mean girl, Meredith is doing her best to bring them back down to earth (and coping with her own medical issues). 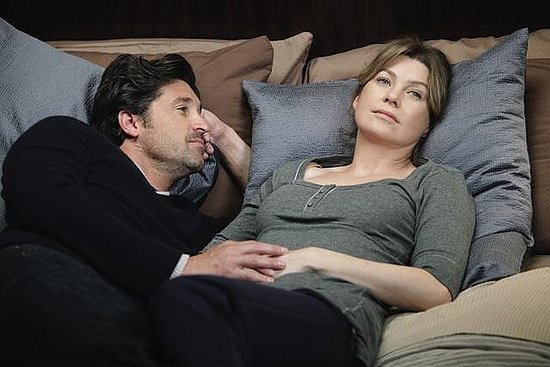 Callie and Arizona continue their season of what I like to call "fluff drama," and Teddy tries to defy Jackson's baby blues and his Care Bear stare. It's a run-of-the-mill Grey's episode, but there's still plenty to chat about, so let's get this party started.

How did you feel about Grey's this week? Do you like the idea of Jackson and Teddy as a couple? Do you think Meredith will be able to get pregnant? Leave your comments below, and swing by the Grey's Anatomy Junkies group in the Buzz Community for more fun!

Netflix
If You Loved Netflix's Lupin, Crack Open One of the Books That Inspired the Series
by Camila Barbeito 14 hours ago

Nostalgia
25 Years Later, Where Is the Moesha Cast Now?
by Monica Sisavat 20 hours ago