This week's Grey's Anatomy feels an awful lot like a filler episode, but there is one bright spot: Sarah Chalke (who played a doctor herself on Scrubs) makes a guest appearance as a concerned mother who can't figure out what's wrong with her son. 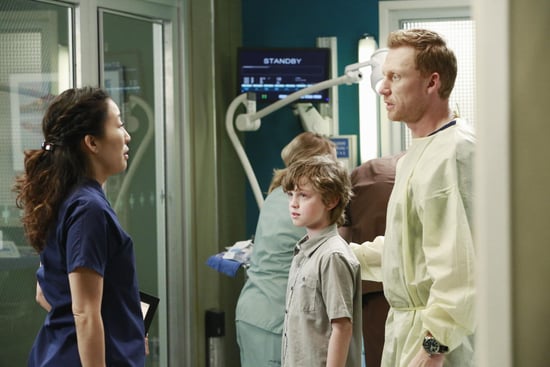 Other than that, it's a lot of same old, same old: Alex is still annoyed with Jo's new boyfriend, Meredith is busy making plans for her new baby, and April and Matthew take a step in their relationship. There's a caveat to that, though: we still see a glimmer of feeling between April and Jackson. Let's break down this week's episode when you read more.

Zara
25 New Zara Pieces That Will Sell Out by November, According to Shopping Pros
by Macy Cate Williams 16 hours ago

TV
Christopher Duntsch, aka Dr. Death, Is No Longer in the OR — Here's Where He Is Today
by Stacey Nguyen 17 hours ago

Netflix
Mindhunter Season 3 Isn't Technically Canceled, but It's Probably Not Happening
by Grayson Gilcrease 17 hours ago