The dust is still settling from the superstorm in this week's episode of Grey's Anatomy, but everything else is pretty much a mess. Derek and Meredith are stuck at home with the new baby, and while Meredith is recovering from surgery, Derek is battling his exhaustion. At the hospital, April's waiting for important results, Richard's not doing so hot, Alex and Jo are trying to seal the deal, and Callie and Arizona are hanging on by a thread. 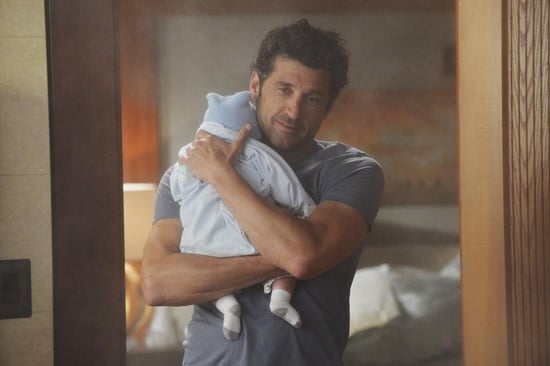 Find out about everything that happened when you read on.

What did you think? Is Richard being a big baby, or should Meredith have let him go?