Saddle up, everyone, because it's time for another Grey's Anatomy wedding! Literally, it takes place in a barn, so you should probably saddle up. April's gearing up for her big day, and, in true Grey's Anatomy style, nothing really goes the way she hopes. Her bridesmaids are either bickering or breaking down, Matthew sees her in curlers, and someone interrupts the wedding with a jaw-dropping confession. 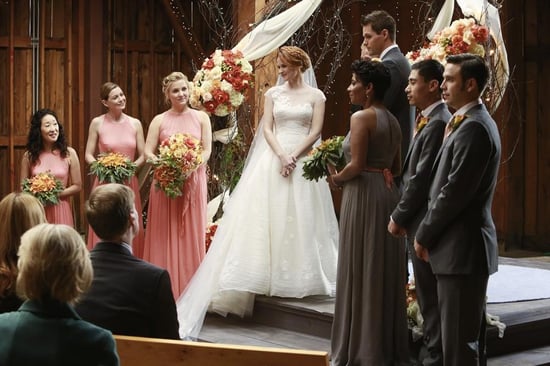 Meanwhile, at the hospital, Alex comes to terms with the emotional scars administered by his father, and Shane is pretty much spiraling out of control. Keep reading to find out what happens in the Winter finale.

What did you think of the midseason finale? Who is April going to choose?!

Jamie Lynn Spears
The Zoey 101 Cast Reunited For a Music Video, and Now We Just Want to Rewatch the Series
by Grayson Gilcrease 1 hour ago

The Bachelorette
The Clare Crawley Backlash Has Begun, but Does the Bachelorette Deserve the Criticism?
by Amanda Prahl 12 hours ago