As the title of the episode suggests, there's a lot of focus on the couples (or semicouples) of Grey's Anatomy this week. As Bailey tries to figure out how she feels about Ben's ideas for a Christmas wedding (complete with elves on the invitations), Cristina and Owen are at a major impasse about whether or not they're going to keep their own marriage alive. Oh, and did I mention that one couple learns that they're pregnant? 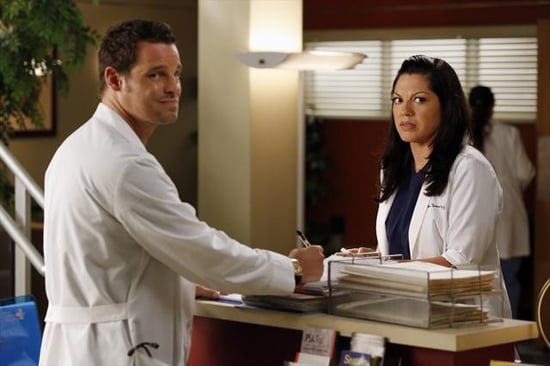 Meanwhile, the plane crash lawsuit continues, and there's a very big reveal when Owen sits down to chat with the lawyers. Ready to discuss all the major moments? Just read more.

How'd you feel about this week's episode? Are you excited for Bailey's holiday wedding? Were you surprised about Meredith's big announcement?