The doctors are in the lion's den on this week's episode of Grey's Anatomy, and not just in the figurative sense. A lion attack gets the surgeons in a tizzy (and gives Derek and Meredith a good story to tell). Owen gets himself into even hotter water when he puts his foot in his mouth, and Teddy manages to insult a group of widows. 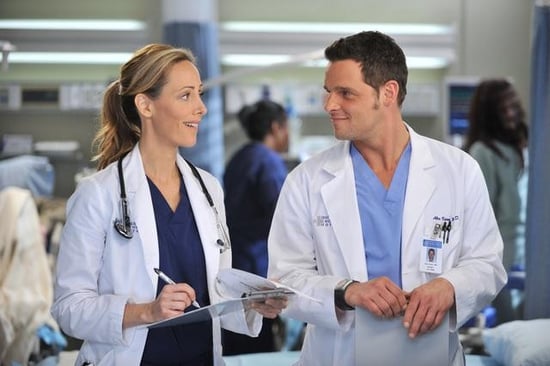 The biggest development of the episode is what could have been with Lexie and Mark, but without the climax, it's a bit of a dull episode. Let's break it down when you read more.

What do you think lies ahead for Owen and Cristina? It looks like next week his lady friend will be unmasked, but will his relationship be able to recover?