It's a battlefield on Grey's Anatomy this week. A stagnant medical battlefield, to be more specific, but a battlefield nonetheless. April's three sisters are in town for her wedding, and they do as sisters do: prod at her self confidence until she has no choice but to tell them off. Meredith and Cristina are still at odds with each other, and both of them are gauging their superiority by the success of their experimental medicine. 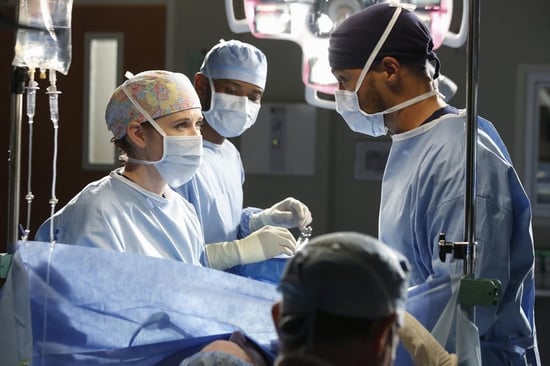 In other news, Alex's deadbeat, drug-addicted father stumbles back into the hospital, because we apparently haven't seen Alex go through enough emotional trauma yet. Also, did I mention Cristina's sleeping with Shane now? And Bailey's still dealing with her sudden case of OCD? Let's break down everything below.

Who's excited for April's wedding next week?

The Voice
The Voice: Watch This 14-Year-Old's Remarkable Audition That Got John Legend's Full Attention
by Karenna Meredith 9 hours ago