Things are still more or less dragging along on Grey's Anatomy, but the storylines of the doctors are beginning to deepen and develop in interesting ways. It's a world filled with tumultuous relationships in this week's episode, including a possible father and son reunion, an exciting new crush, and an awkward run-in between an ex and a new fling. Also, the episode places a huge amount of significance on Derek's red coffee mug, which he accidentally brings to work. It gets passed around, broken, pieced back together, and eventually rescued by Meredith. I don't get it. 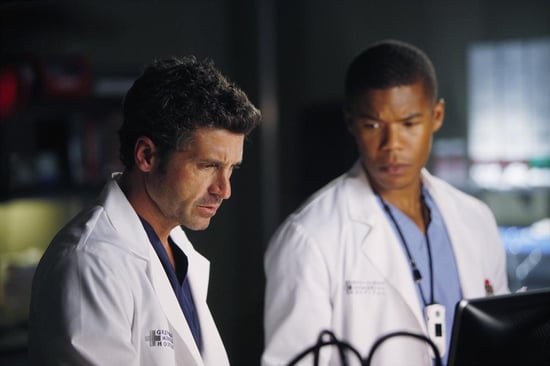 How did you feel about the episode? Are you bored or on board with this season so far?