Jackson's overbearing mother Catherine returns to Seattle Grace on this week's episode of Grey's Anatomy, and as usual, she can't help stirring up a bit of trouble. Though she's there to help with a procedure, she brings out interesting new romantic developments in Jackson and Dr. Webber. 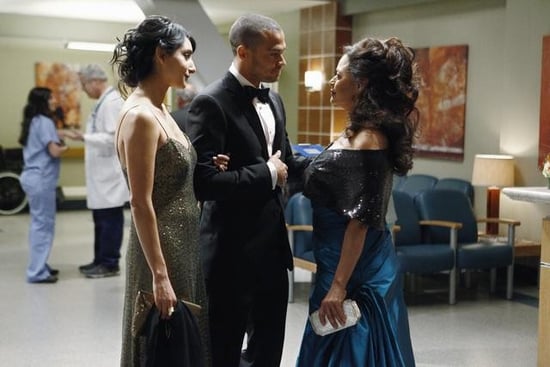 Speaking of romance, Derek and Meredith learn once again that love and surgery don't mix, and Owen and Cristina hit yet another bump in their already-rocky road. There is hope for one surgeon though: Alex may be on the verge of a new relationship with one of his interns. Ready to break it all down? Just read more.

Were you happy to have Grey's back from hiatus? Surprised that Owen really did cheat? Chime in below in the comments!