The promos for this week's episode of Grey's Anatomy teased a steamy, potentially scandalous episode, but the actual show is a bit of a letdown. Maybe it's just me, but the show seems to have hit a serious lull lately, which is a disappointment in the midst of February sweeps. 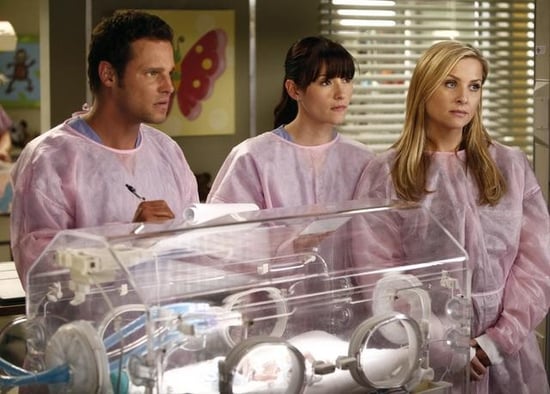 All the docs are still studying for their boards, with Meredith getting a major confidence boost from her sessions with Callie. Jackson, on the other hand, is so stressed that it's affecting his patients, which gives Mark the idea that his protege just needs to get laid. Meanwhile, Cristina's battling paranoia that Owen is sleeping with one of the nurses. Ready to break down all the biggest moments? Just read more.

How'd you feel about this week's episode? Did your heart break for Webber and Adele? How sweet is it when Derek does Zola's hair? Sound off in the comments!