We're two episodes into the new season of Grey's Anatomy, but we still haven't gotten past the epic plane crash in last season's finale. In fact, this week we go back to fill in the holes, as Meredith dredges up her own painful memories of what happened. It's another heartbreaking episode, and after watching Mark die for a second time, I'm hoping for at least a tiny bit of lightness in the episodes to come. 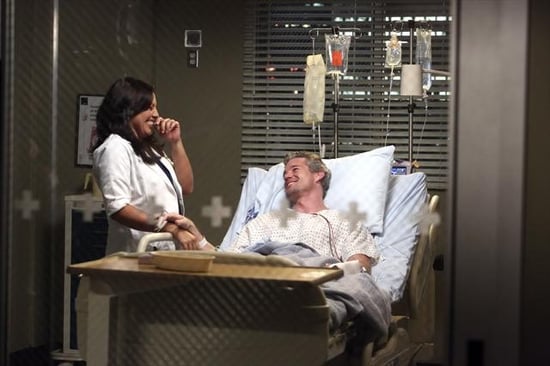 Since the episode is all flashbacks, I thought we could review the biggest surprises of the week. Let's recap what we learned from the episode when you read more.