As Jackson astutely observes, "the prodigal Yang returns" on this week's episode of Grey's Anatomy, but she's not greeted by all with open arms. It takes almost no time for her to get back into the swing of things (and nicknaming the new interns), but her relationship with her husband, Owen, is anything but comfortable. 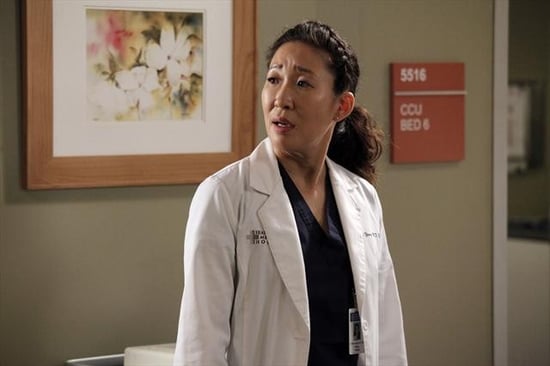 Speaking of uncomfortable situations, Jackson's been receiving sexy email exchanges between his mother and Dr. Webber (awk-ward), and Karev has the interns all in a tizzy for various reasons. There's a lot of action (and I'm not just talking about April and Jackson), so let's break it down after the jump.

How did you feel about this week's episode? Do you wish Jackson and April would just make it Facebook official already?

Netflix
Can't Wait For Cobra Kai to Return? Here's Everything We Know About Season 4
by Monica Sisavat 19 hours ago

Netflix
Blood & Water: The Actor Who Plays Sam Is New to the Show and the Industry
by Simrin Purhar 23 hours ago