The Grey's Anatomy season premiere ends on a shiny happy note with Owen and Cristina's wedding, but this week it's back to post traumatic stress. Cristina's typically the rock of the Seattle Grace crew, but this week she crumbles under pressure. 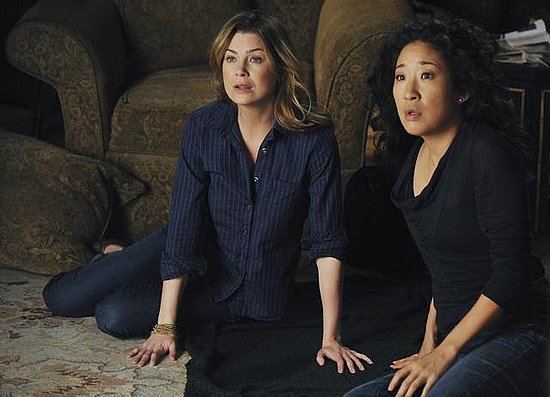 Meredith and Derek make major strides, while Mark is inspired by a freak lightning strike accident. In the end, there's not a ton of noteworthy happenings this week, but let's review what did go down — keep reading.

How'd you feel about this week's episode? Do you like Teddy's new love interest? Do you think Derek will keep his word to Meredith about staying under the speed limit? Sound off in the comments and be sure to cruise by the Grey's Anatomy Junkies in the Buzz Community!

TV
Ginny & Georgia: Who Is Austin's Dad and Where Is He? (Assuming He's Not in Azkaban)
by Kamrun Nesa 3 hours ago

Netflix
Ginny & Georgia: The 5 Biggest Revelations About the Family's Shady Past
by Kamrun Nesa 4 hours ago