Remember the days of Grey's Anatomy past, when Meredith was always at the center of the big drama on the show? Well, now she's taking a backseat, and this week Bailey steps into the spotlight as the hospital comes under fire for the recent staph infection outbreak in patients. Not that I'm complaining — I love seeing Meredith's biggest problems revolve around her pregnancy, and Chandra Wilson truly shines this week as Bailey grapples with everything that happens (and has happened). 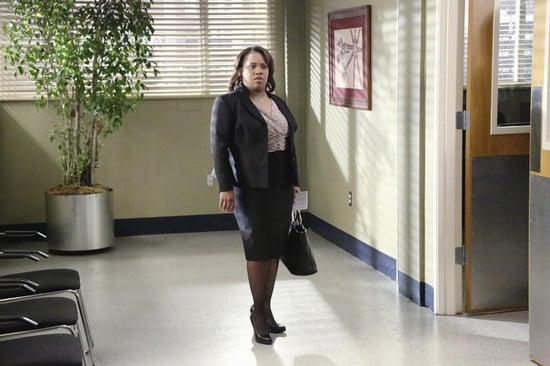 While Bailey is questioning herself and her peers, Alex inadvertently pushes Jo away just as he's coming to terms with his feelings for her. Cristina also feels like there's distance in her relationship with Owen, especially as he grows closer with Ethan and continues to emerge as a father figure. Ready to break down the biggest moments of the episode? Just read more.

The Bachelorette
Is Clare Crawley a "Good" Bachelorette? That's Turning Out to Be a Complicated Question
by Amanda Prahl 4 hours ago