Everyone's reeling from Cristina's big decision to quit her job on this week's episode of Grey's Anatomy. Well, almost everyone. Cristina herself is too busy dancing around her unfurnished apartment, chopping off Callie's hair, and contemplating life as a "mall person" to have time to explain why she left Seattle Grace. 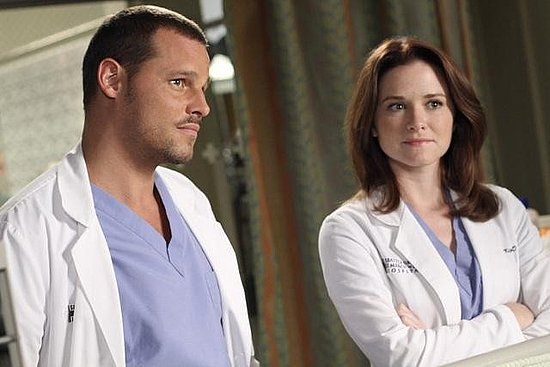 After a pretty tame season romance-wise (and that's saying a lot for this show), we finally get a few sparks! Jackson has eyes for Lexie, Teddy shares longing looks with an unexpected hospital visitor, and Alex and April get close. To chat about all the happenings (and how Alex screwed things up), just read more.

Do you like the idea of Lexie with Jackson? Personally I'd rather see her back with Mark, leaving April free to date Jackson (she deserves better than Karev). Were you surprised by Karev's outburst? Let's chat in the comments, then hit the Grey's Anatomy McAddicts group for even more!