Here's something I'll always love about Grey's Anatomy: you never know when a run-of-the-mill episode will turn into a jaw-dropper. This week's episode did just that, and the cliffhanger fits nicely into the theme of "inappropriate" relationships. From Karev's flirtation to a med student he's mentoring (it's Amber Stevens from Greek!) to Teddy's marriage to Henry, the doctors are left questioning what's professional and what isn't. 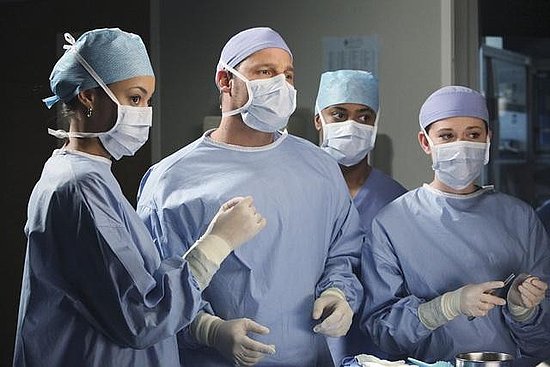 Speaking of which, Teddy and Henry are already fringing on cute territory, as are Bailey and Eli. Let's face it: everything at Seattle Grace is better when Bailey is getting some. Unfortunately, Meredith's latest relationship hurdle with Derek (i.e. project pregnancy) isn't going so well. I can't wait to hear what you all thought of the episode, so let's get into it when you read more.

How did you feel about this week's episode? Were you as shocked as I was? Are you looking forward to seeing how everything will shake down with this new twist? And who do you think will get chief resident? Voice your thoughts in the comments below, or check out the Grey's Anatomy McAddicts group in the Buzz community.

TV
The Vow: What Happened to Kristin Keeffe and Why She Went Off the Grid
by Stacey Nguyen 44 minutes ago

TV
The Vow: Everything We Know About Pam Cafritz's Life and Mysterious Death
by Stacey Nguyen 59 minutes ago