The theme of this week's Grey's Anatomy is freaks, and not just because one of Seattle Grace's newest patients resembles a tree. Lots of little secrets about the surgeons come out this week, which brings some of them under scrutiny around the hospital. Yang still can't bring herself to go back into an OR, Karev won't use the elevator, and April tries to hide the fact that she's a virgin. 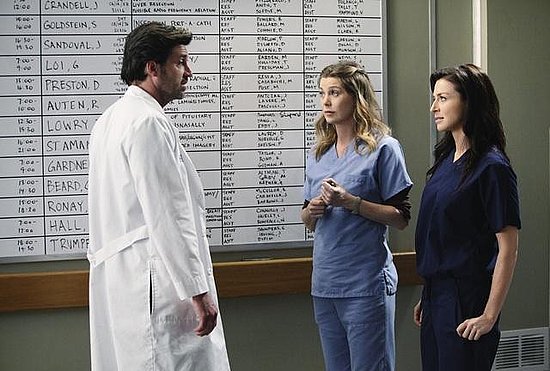 The episode is a bit lighter than the season's first two, but it's clear that the subject of the shooting spree is going to be a hot topic for quite some time. When you're ready to break it all down, just read more.

What did you think of this week's episode? Are you excited for the potential spark between Teddy and Jackson (they hinted it in the promo for next week)? Did you think the man with the warts was as nauseating as the doctors did? Sound off in the comments, or start your own thread in the Grey's Anatomy Junkies group in the Buzz Community.