We take a painful trip down memory lane on this week's Grey's Anatomy, as the story behind Owen's affair unfolds through flashbacks. Actually, it's even more depressing to see Cristina and Owen hashing it out in real time, as the tension, bickering, and tears between the couple feel all too real. 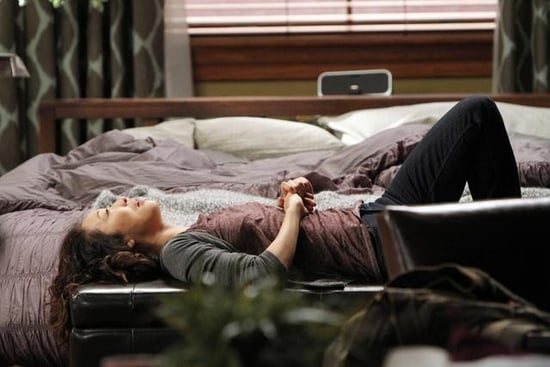 Their staycation has an effect on their peers, too, since they call in sick with the "flu" (this might mark the first time anyone on this show has opted to take a day off), which prompts Mark to get drunk on the power of being the temporary chief of surgery. Ready to break down the emotional episode? Just read more.

Did you feel Owen and Cristina's heartbreak this week? Do you think it's finally over between them for good?

Selena Gomez
Why Do Shows Still Think It's OK to Make a Joke About Selena Gomez's Kidney Transplant?
by Kelsie Gibson 4 hours ago