Grey's Anatomy is back from midseason hiatus this week, picking up exactly where we left off in December. Guests have gathered for Bailey's wedding, but she's stuck at the hospital operating on Adele, who's been rushed there with an aneurism. In the aftermath episode, the doctors are left to their own devices as they wait for the runaway bride, and by "own devices" I mean, in many cases, sex. 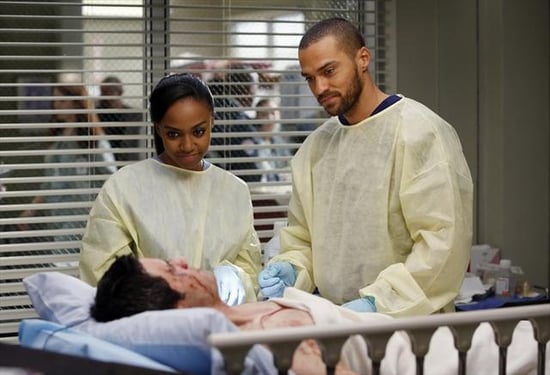 Callie and Arizona seize an opportunity for some hotel-room time, Jackson channels his inner Karev, and Karev himself gets even closer with Jo (or should I say "Hobo Jo"?). The episode isn't without its sad news, but on the bright side, we do finally get to see Bailey and Ben's first dance. Let's break it all down when you read more.