Goodbye Seattle Grace, hello Grey Sloan Memorial! It's a new beginning for the surgeons on this week's episode of Grey's Anatomy, which means plenty of growing pains. Jackson (aka the new "king") is in over his head as he tries to put out fires all over the hospital, and there's plenty of backlash from essentially everyone around him. 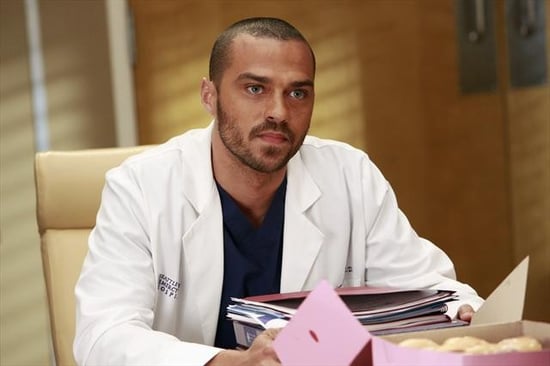 In the midst of all the chaos, Alex finally confesses that he has feelings for Jo (though not to her), and Catherine and Richard grow closer. Ready to break it all down? Just read more.

TV
Behold, 26 Incredibly Talented (and Handsome) Asian Actors Who Deserve to Be Leading Men
by Monica Sisavat 11 hours ago

TV
Cruel Summer: A Clear Breakdown of the Timeline Between 1993 and 1995
by Kamrun Nesa 13 hours ago

Netflix
The Sons of Sam: Who Was Roy Radin? How He Was Potentially Linked to David Berkowitz
by Stacey Nguyen 14 hours ago

Netflix
The Sons of Sam: Who Was John Wheat Carr, and What Happened to Him?
by Stacey Nguyen 15 hours ago