Well everyone, we're more than a quarter of the way through the 10th season of Grey's Anatomy, and it looks like there's finally a little excitement brewing. While threatening the safety of a major character is something that we've seen time and time again throughout the series, it's ultimately what makes the show compelling. You might say, "How is it possible? How can so much misfortune fall on the same group of people?" And you have a point. But in the end, we watch for these story lines, not for the medical breakthroughs. We have to accept all of the plane crashes, the ferry crashes, the brain tumors, and even the exploding bombs as the status quo, and I'm okay with that. 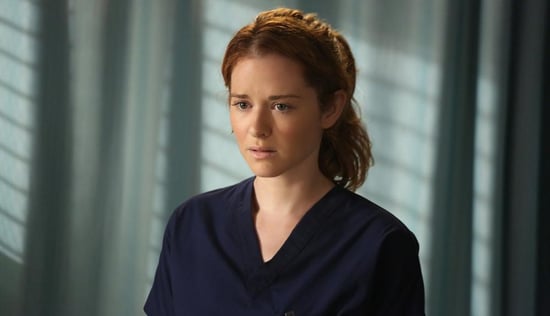 Besides, there's a little bit of everything happening right now, not just the same old tricks. This episode makes room for the future of medicine, the growth and decay of the couples we've grown to love, and, of course, tonight's big, scary twist. Find out everything that happened this week when you read on.

TV
Christopher Duntsch, aka Dr. Death, Is No Longer in the OR — Here's Where He Is Today
by Stacey Nguyen 15 hours ago

This is Us
The Pearson Family Is Back! Here's What to Remember About This Is Us Season 4
by Chelsea Dolan 15 hours ago

Netflix
Mindhunter Season 3 Isn't Technically Canceled, but It's Probably Not Happening
by Grayson Gilcrease 16 hours ago