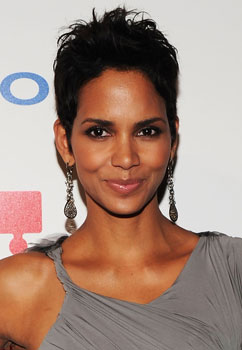 What would happen if you combined In Her Shoes with The Sisterhood of the Traveling Pants? You might end up with something like Shoe Addicts Anonymous, an upcoming ensemble comedy starring Halle Berry.

There's no way around it: this movie is already a bona fide chick flick. Based on the novel by Beth Harbison, Shoe Addicts centers on four women living in Chicago who become "sole mates" of sorts when they discover they all wear the same size shoe, thus enabling them to feed their love for flats and stilettos by swapping with their pals.

According to Deadline Hollywood, each woman will be from a different ethnic background, so who can you see rounding out the cast as Berry's footwear-loving friends?