Not every movie can be Schindler's List-caliber, but would we really want that, anyway? Hansel & Gretel: Witch Hunters is a preposterous movie, but the blood-soaked fairy tale is more than aware of its silliness and embraces it. Jeremy Renner and Gemma Arterton star as the titular brother-and-sister duo, but the classic characters are a little different than you may remember. Their tale begins traditionally, with their miraculous escape from a witch who lures them in with her candy-coated cottage. Now grown, the siblings' childhood nightmare has catapulted them to fame as the most successful witch hunters in the land. The movie picks up when they are commissioned by a village to investigate the disappearance of children. It's not the most imaginative concept, but that doesn't mean the film lacks creativity. Read on to find out why Hansel & Gretel: Witch Hunters may be more amusing than you think. 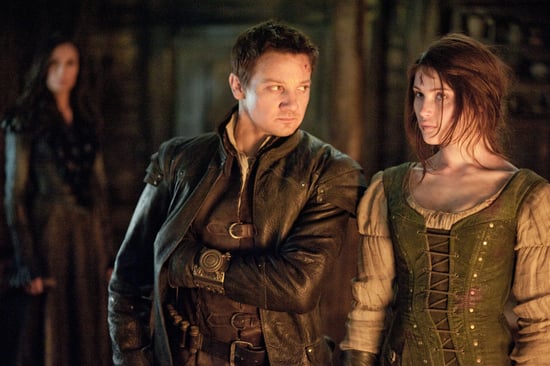 To find out the other ups and downs of Hansel & Gretel: Witch Hunters, just read more.

Halloween
This TikToker Re-Creates Iconic Scenes From Your Favorite Movies, and They're Hilariously Spot-On
by Yerin Kim 9 hours ago

Netflix
Warning: These Hot Movies on Netflix This November Should Be Handled With Oven Mitts
by Corinne Sullivan 2 hours ago