HappyThankYouMorePlease was one of my favorite films at Sundance last year, and I'm glad to see that it's finally getting a theater release in March. How I Met Your Mother's Josh Radnor wrote, directed, and stars in this comedy about a group of twenty-somethings who are trying to sort out their careers and love lives. 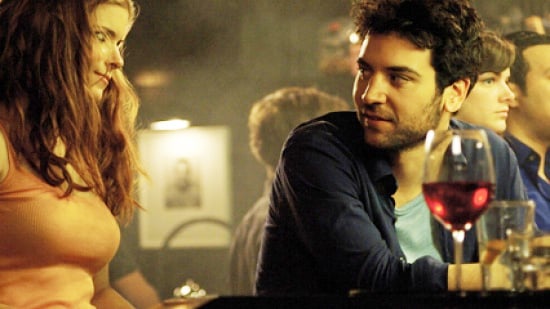 Yes, it's a story we've heard before, but this time around the characters are a little more unique. Radnor plays a struggling writer who takes in a young boy after he's abandoned in the subway; Malin Akerman plays his friend who is determined to stay upbeat despite her withering dating life and her alopecia. The explanation of the title is definitely a bit cheesy — the key to happiness is giving gratitude and asking for more — but this little film is still a charmer. To check out the first trailer, just read more.