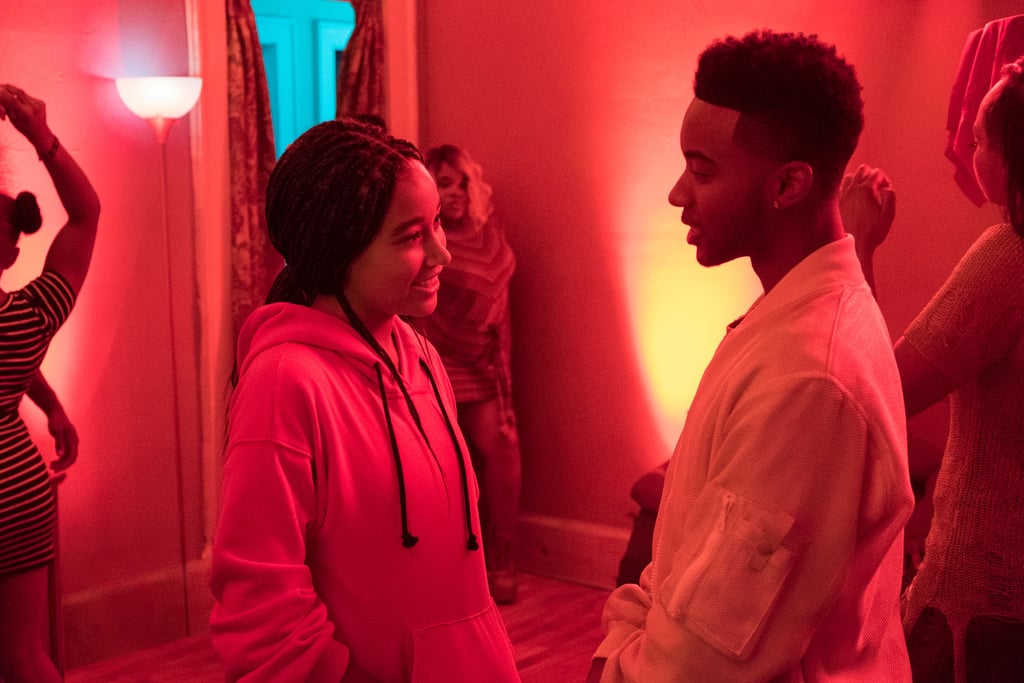 We are only days away from the release of the highly anticipated film adaptation of The Hate U Give, Angie Thomas's powerful New York Times bestseller of the same name. Everything we've seen from the film promises an amazing cinematic experience — from the star-studded cast, including Amandla Stenberg as Starr, to the film's poignant trailer.

As one might expect from such an impressive project, the movie also has an impressive soundtrack issued by Def Jam Recordings. Not only does it feature hip-hop and R&B music from artists like Tupac and Kendrick Lamar, but it also boasts new songs from rising stars like Arlissa and Bobby Sessions. The title track comes from Sessions featuring Keite Young and, like the film, gets its name from Tupac Shakur's acronym THUG LIFE. Sessions's "The Hate U Give" is a forceful anthem that captures the desire to fight against injustice, the need for freedom, and the hope for a brighter day. Listen to the amazing single, and the rest of the movie's soundtrack, below.

Family Life
Teens Can Probably Watch The Woman in the Window, but Be Aware of These 5 Things
by Amanda Prahl 5 hours ago

Music
Romeo Santos Finally Got the Documentary Treatment, and Here's the Trailer
by Irene San Segundo 10 hours ago

Katy Perry
Teenage Dream: Katy Perry Reveals the Advice She'd Give to Her "Boy Crazy" Younger Self
by Karenna Meredith 12 hours ago