Kevin James shows a whole new (fitter) side of himself in the trailer for Here Comes the Boom. James stars as Scott Voss, a teacher whose school is faced with being shut down due to lack of funding. Scott rises to the occasion and takes it upon himself to raise the money necessary to keep his school open. How? By training to become an MMA fighter and winning a pot o' money, of course! 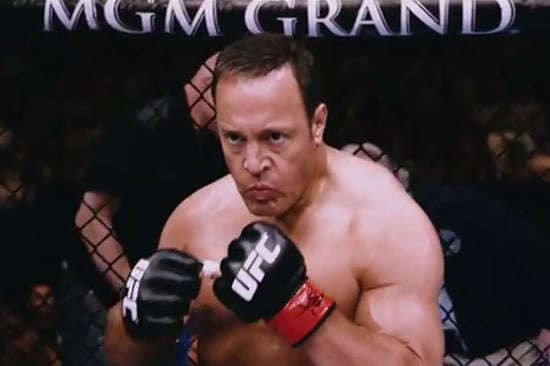 At first this seems like a straightforward Kevin James comedy, but I quickly realized Here Comes the Boom is a little deeper than Zookeeper. I like that it has a good balance of laughs and heart; I just hope that combination is as consistent in the movie as it is in the trailer. Salma Hayek also stars as Scott's fellow teacher and love interest (if you can wrap your head around the idea of her as an everywoman). The movie is set for release on Oct. 12, and you can watch the trailer after the jump.

Netflix
Micheal Ward Is Back on Our Screens in Netflix's New Film, The Beautiful Game
by Navi Ahluwalia 14 hours ago