The latest character James Franco is taking on is the gun-toting, meth-making backwoods Gator in the trailer for Homefront. Franco is the villain in this thriller, which also stars Jason Statham as a former DEA agent who moves to a small, quiet town with his young daughter. Because Statham movies require a certain amount of action, this one has plenty, and we first see it from his little girl, who clearly learned some moves from her daddy. When she refuses to be bullied by a local kid, it doesn't sit well with his parents, played by Franco and Kate Bosworth. This fine pair (also implicated in the town's meth production) aren't above intimidating and kidnapping a child for revenge. 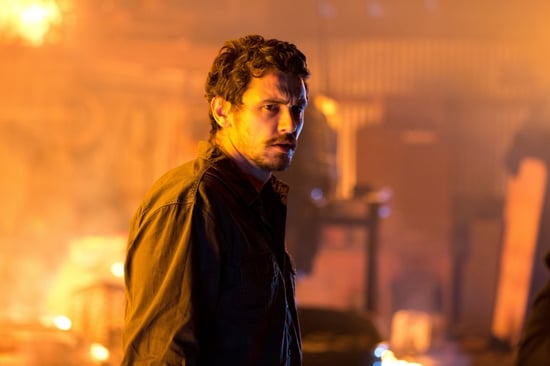 It's a little jarring to see Statham as a cuddly single dad, but like I said, there's still action here. Franco, of course, is the big draw to watch this — though he seems like he's just having fun with the character rather than radiating pure evil. Homefront comes out Nov. 27, and you can watch the trailer after the jump.

Netflix
Warning: These Hot Movies on Netflix This November Should Be Handled With Oven Mitts
by Corinne Sullivan 7 hours ago