There's a new trailer for season two of the thrilling drama Homeland, and it's guaranteed to give you goosebumps. Not only is the all-new footage gripping, but the song that plays over it — a choir cover of "Every Breath You Take" — adds to the drama of it all. Even though Carrie was sidelined in the season finale, she's back in action here, but this time she's in disguise as a brunette. Keep your eyes peeled for some new characters, too, and most exciting of all — the moment Carrie comes face-to-face with Brody again. 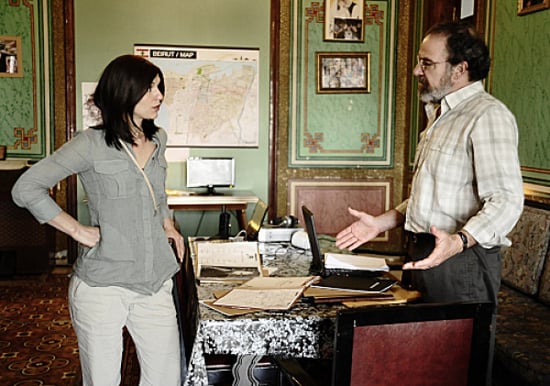 I had to watch this trailer a couple times to let it all sink in, but I'm dying to get back into its world of terrorism and spy games when Homeland returns for a second season on Sept. 30. Watch the trailer yourself after the jump.

Saturday Night Live
Bowen Yang Is, Once Again, the Highlight of SNL as He Embodies the Titanic-Sinking Iceberg
by Karenna Meredith 8 hours ago