Just in time for the conclusion of Twilight, the full trailer for the film adaptation of Stephenie Meyer's The Host has arrived. This one is a love story too, but this time we've got aliens instead of vampires. We've already seen a teaser for the movie, but this is the first full-length trailer and it shows a lot more of the plot. Saoirse Ronan and Max Irons star as Melanie and Jared, two humans living in a future in which the planet has been overrun by an invading species known as Souls. Soon after meeting and falling in love (I mean, they are some of the last humans on earth), Melanie is captured by the aliens, including The Seeker (Diane Kruger). They attempt to take over her body so it can act as a host for one of them, but her will is strong and she puts up a fight. 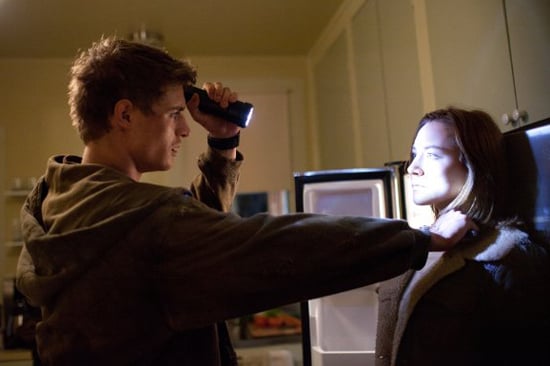 This trailer is pretty thrilling and it really gets started when "Radioactive" by Imagine Dragons kicks in — talk about a perfect song choice. We've seen movies that take place in the future, but the way they show the aliens taking over bodies and inhabiting the Earth makes the concept still feel fresh — and excessively creepy. What do you think, will The Host be all the rage in 2013? The movie opens March 29, and you can watch the trailer when you read more.

Margot Robbie
A Hose, a Kiddie Pool, and Other Products The Suicide Squad's Makeup Team Used on Set
by Danielle Jackson 6 hours ago