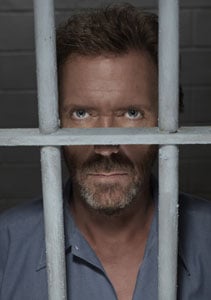 Rumors have been circulating for a while now, but now it's official: Fox is canceling House at the end of the current season. The Hugh Laurie medical drama has run for eight seasons, but has lost steam lately, due in part to Lisa Edelstein's exit from the series. House will wrap up with its final episodes later this Spring; will you be sad to see it go?

Emmy Awards
Tyler Perry's Emmys Speech Had a Powerful Message: "We Are All Sewing Our Own Quilts"
by Grayson Gilcrease 56 minutes ago