Showtime's midseason comedy House of Lies has all the elements of a bold cable series: lots of drama, foul-mouthed characters, and sex, sex, sex. The show is about the consultants of firm Galweather & Stearn, who are committed to doing whatever it takes to make their clients happy — even if that means compromising their morals. Stars Don Cheadle, Kristen Bell, and Ben Schwartz joined showrunners at the Winter TCA to talk about their new show and morally ambiguous characters. 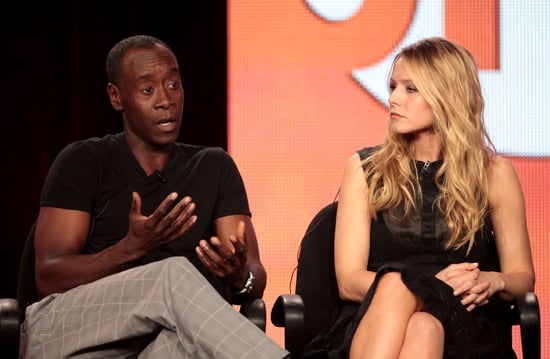