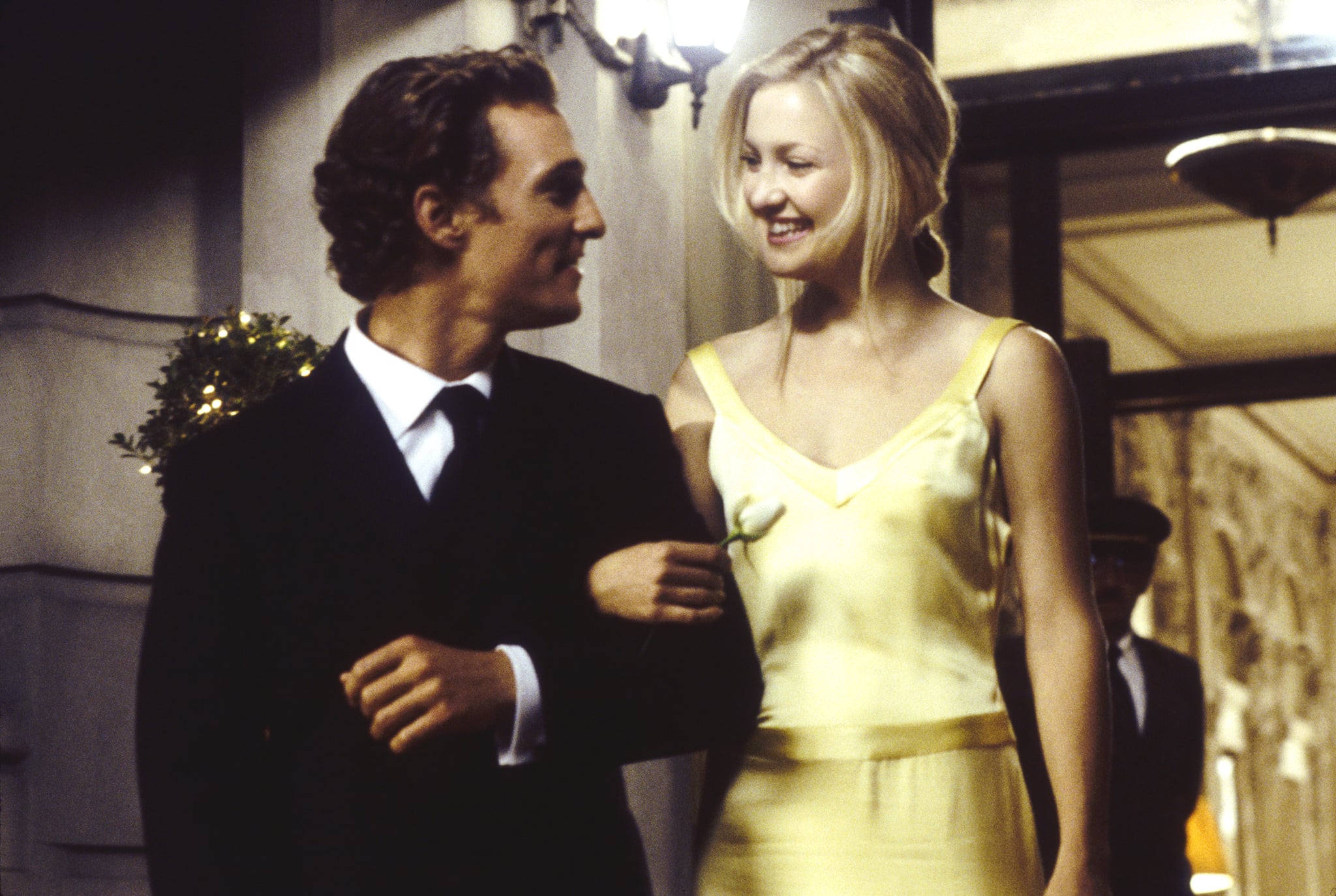 From Kate Hudson's iconic yellow dress to the way Matthew McConaughey says "frost yourself," How to Lose a Guy in 10 Days is one of Hollywood's most beloved romantic comedies. Donald Petrie's 2003 film is full of quotable lines, steamy kisses, and one very important Love Fern, and now all of that is about to become a new remake!

Quibi, a streaming company that stands for "quick bites" of video, has announced that it's teaming up with Paramount TV for "a modern take on How to Lose a Guy in 10 Days." So, what makes it so modern? Apparently writer Guy Branum will put a new spin on the story by following a "glib young online columnist and an oversexed advertising executive" who collide when they set out to prove that they're capable of being monogamous.

We were all certain you could not make a good romantic comedy anymore because print media is dead and RomCom ladies have to work at magazines, but against the tides of history, Quibi & Paramount have agreed to let me re-write "How To Lose A Guy In 10 Days" https://t.co/A2YcnKqeCg pic.twitter.com/wnsAj2a24E

So, not exactly like the original, but the bones are there, right? As you'll recall, the Hudson and McConaughey film is about magazine columnist Andie Anderson, whose popular "How To" column for Composure magazine leads her to try to "lose a man" in 10 days. Coincidentally, the man she chooses — advertising executive and ladies' man Benjamin Barry — happens to have a bet with his friends to make Andie fall in love with him in 10 days. Hijinks ensue!

While there's no word yet on how many episodes the remake will be told across or when the series will premiere, an upcoming thriller on the streaming service called The Stranger is broken into multiple 10-minute episodes. We can probably assume the How to Lose a Guy in 10 Days reboot might be something similar! Fingers crossed more details arrive soon.

Image Source: Everett Collection
NostalgiaRomantic ComediesHow To Lose A Guy In 10 DaysTVMovies
Around The Web

Music
Even If You Don't Watch High Fidelity, Please, Please Listen to the Soundtrack
by Amanda Prahl 14 hours ago

Nostalgia
Mall Madness Is Coming Back in the Fall, but You Can Preorder It on Amazon Today
by Karenna Meredith 15 hours ago