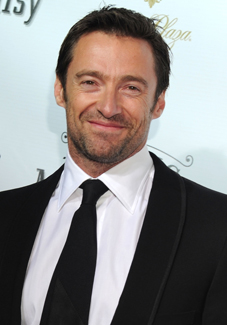 One of the most beloved stage musicals is about to come to life on the movie screen, and one of Hollywood's most adept triple threats is going to help make it happen. Hugh Jackman is in talks to star in Les Misérables in the adaptation from The King's Speech director Tom Hooper. There's no confirmation on which lead role Jackman is taking, but it sounds like he's in for Jean Valjean, the French ex-convict/hero of the Victor Hugo book-turned-musical. The other available male lead is that of Valjean's dastardly nemesis Inspector Javert. I think singing-and-dancing Jackman is the perfect choice for Valjean, but I want to know what you Les Mis diehards think of this casting. And who would your ideal Javert be?