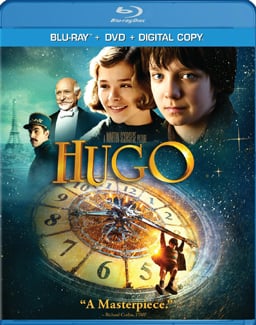 Director Martin Scorsese tells the story of a young orphan who is secretly living in a train station in Paris. When he makes a friend (Chloe Moretz), they uncover a fantastical secret about her grandfather (Ben Kingsley). Hugo is definitely a more family friendly Scorsese film, but it reflects the same stunning technical elements we associate with the director. Hugo earned attention all award season, ultimately taking home five Oscars this week. One of the extras you can look forward to is a featurette about Georges Méliès's life, included on both the DVD and Blu-ray.

Johnny English (Rowan Atkinson) has been fine-tuning his unique set of spy skills off in a remote region of Asia, until a major issue erupts in China, and the goofy spy is called to return to action. The DVD extras include a commentary track from the director and the writer, plus deleted and extended scenes. The Blu-ray also includes a making-of documentary.

Movies
The Suicide Squad Isn't a Sequel . . . But It's Not a Reboot Either
by Amanda Prahl 15 hours ago