Bill Murray takes on a presidential role as Franklin D. Roosevelt in the upcoming film, Hyde Park on Hudson. He's joined by Laura Linney, playing his distant cousin (and love interest?) Margaret Stuckley. Based on true events, the film takes place over a weekend in 1939 when the King and Queen of England came to visit the president at his residence in Upstate New York. It may sound stuffy, but you know it can't be a snooze with Murray leading the way. 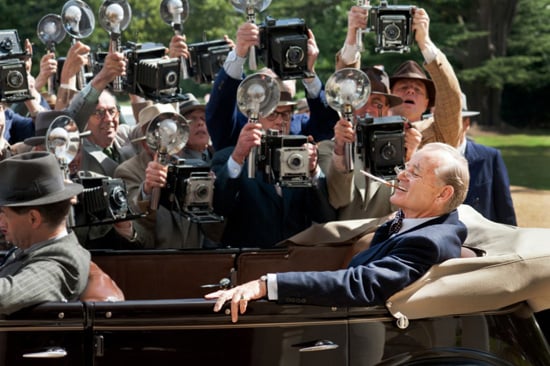 It's refreshing to see the former Ghostbuster in a period role like this. He gives the wheelchair-bound FDR some spark without making a caricature out of him. I also like the Downton Abbey-esque way some of the story is being shown from the point of view of the maids and servers of the house. I'm not totally convinced I'm into it yet, but with a Dec. 7 release date, you can bet this is prime Oscar bait. Check out the trailer when you read more.